Our Curriculum Overview for Spring 2

During English this half term, we will be focussing on the book 'Everest' by Alexandra Stewart and Joe Todd-Stanton; a book that captures the story of Edmund Hillary and Tenzing Norgay. 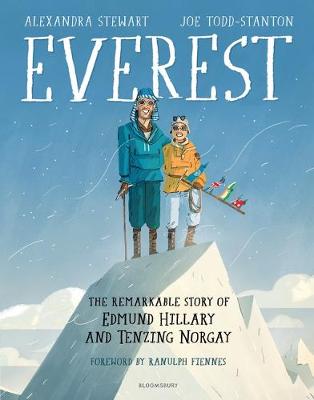 In Maths we are continuing with 'multiplication and division'. In year 4, we have learnt how to divide 2 and 3 digit numbers by 1 using a written method. To help us understand how to do this, we used place value counters. This heloed us to understand when we needed to exchange and what happens when we have a remainder. 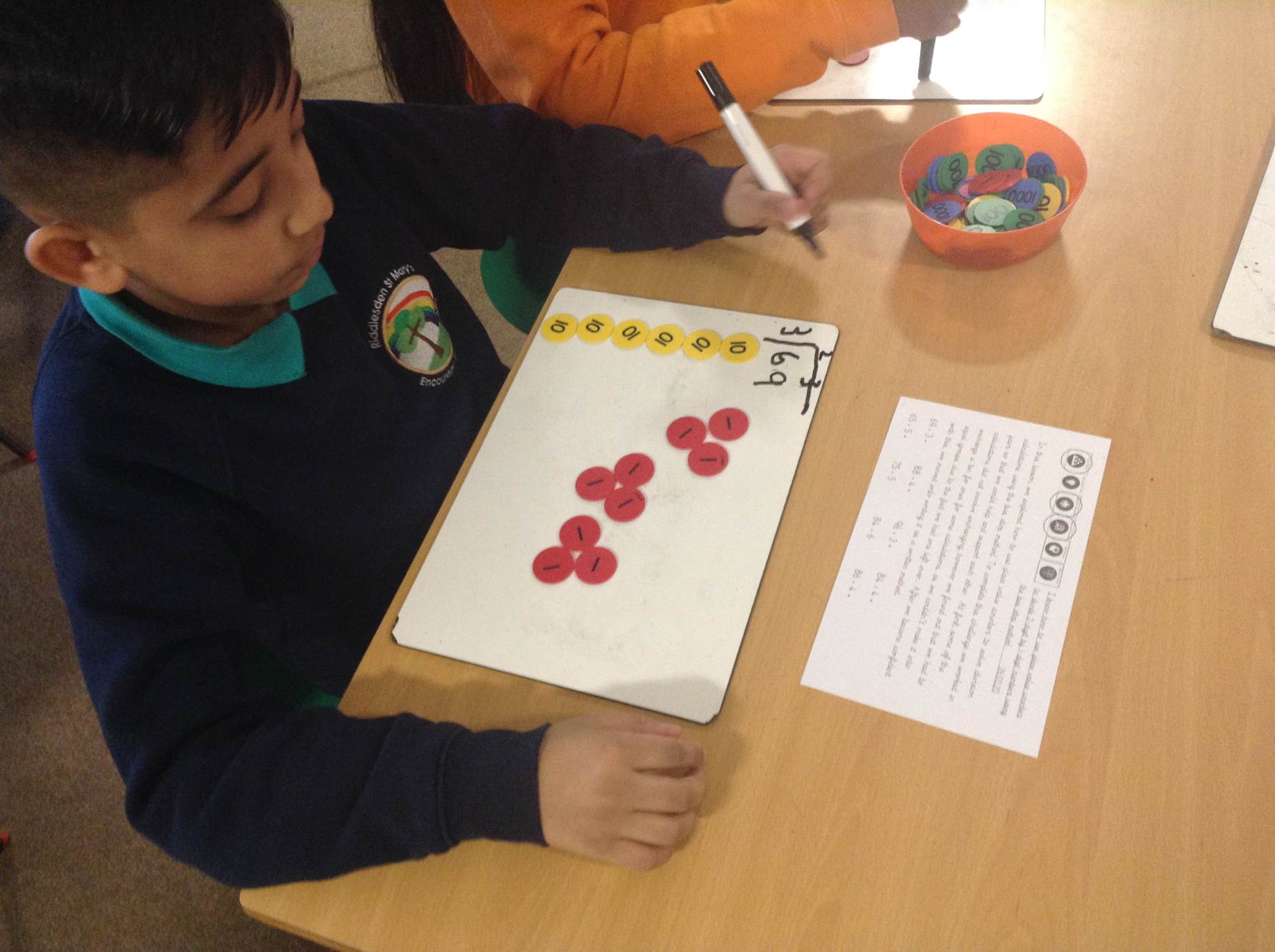 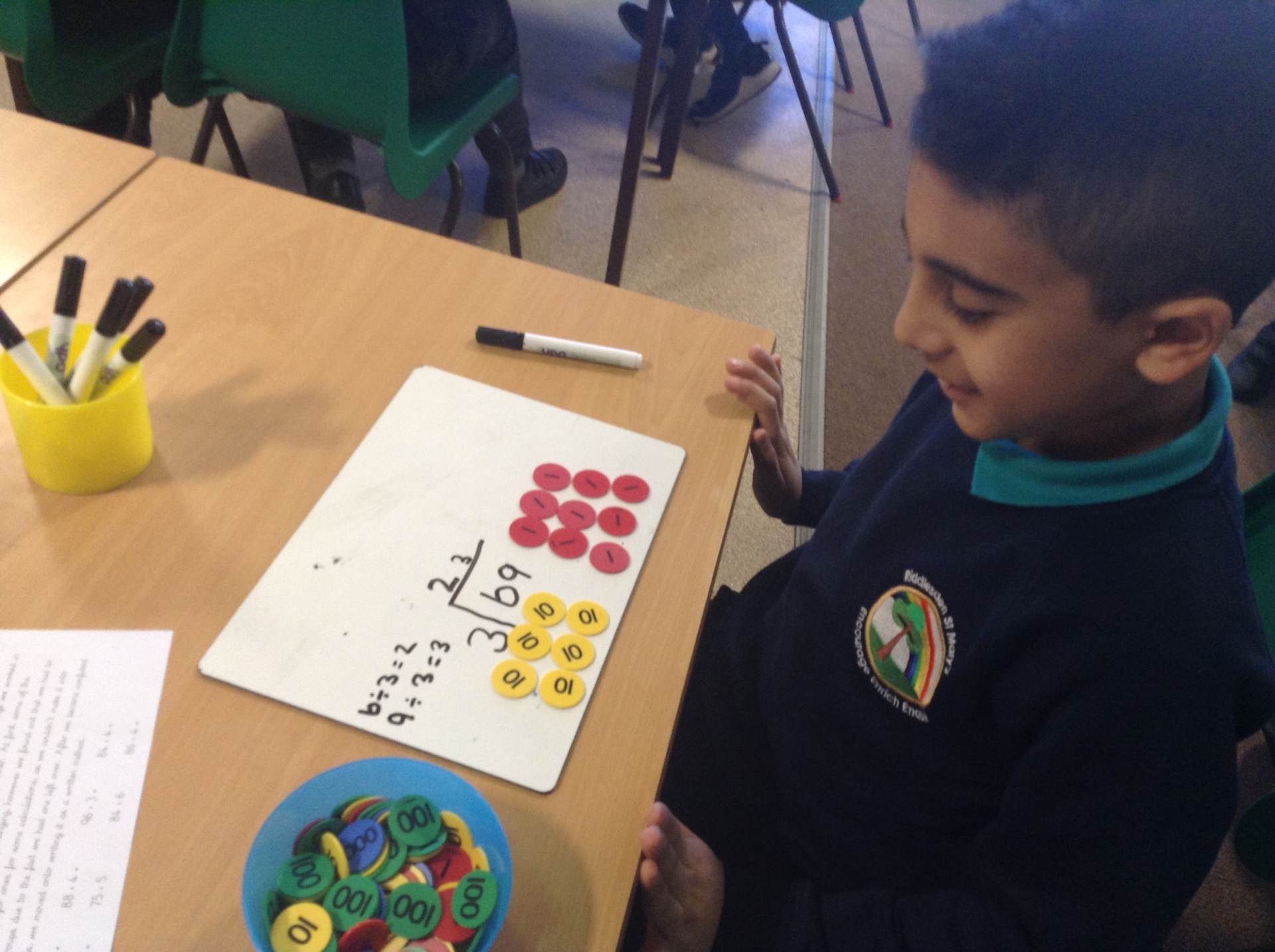 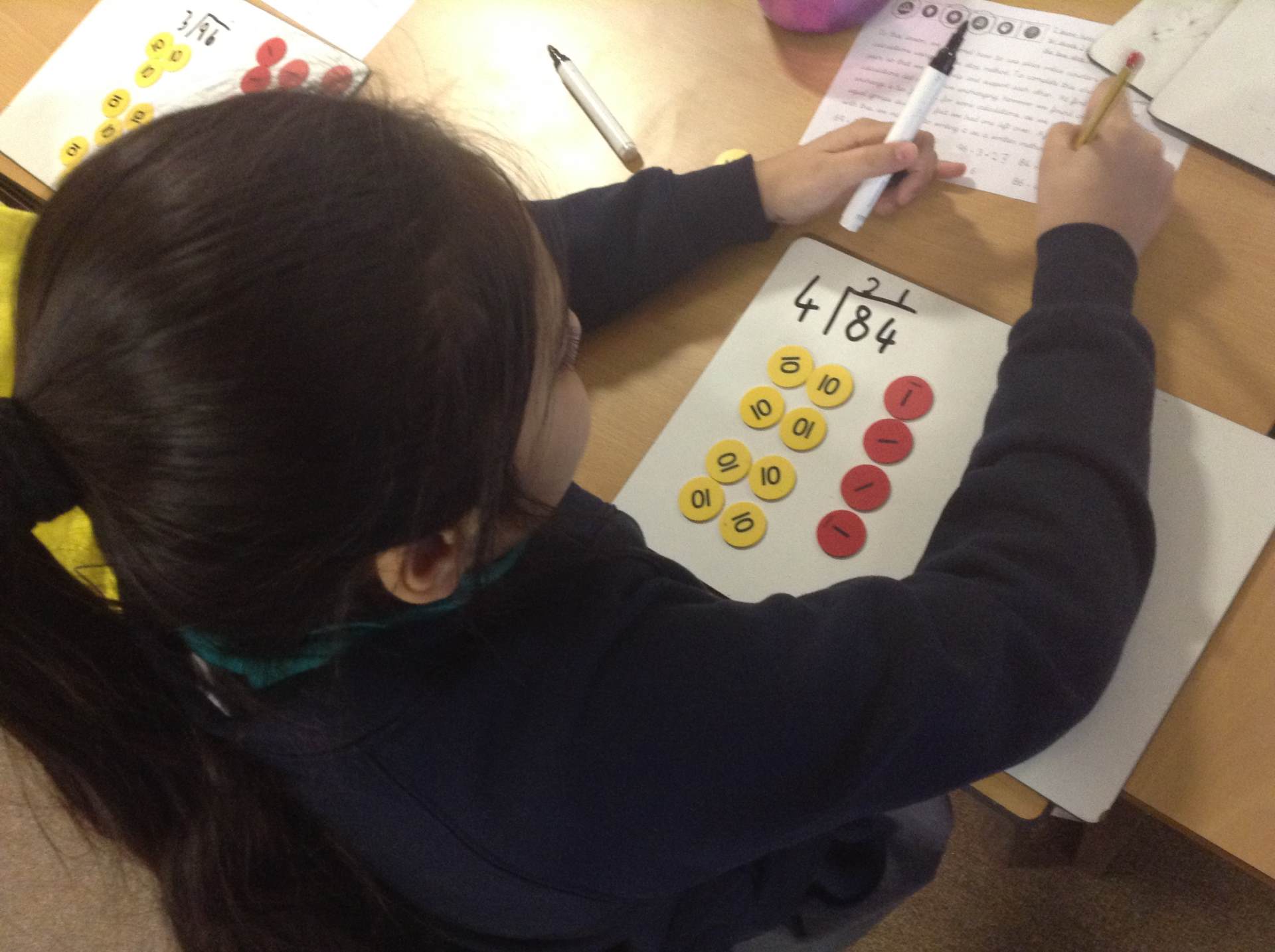 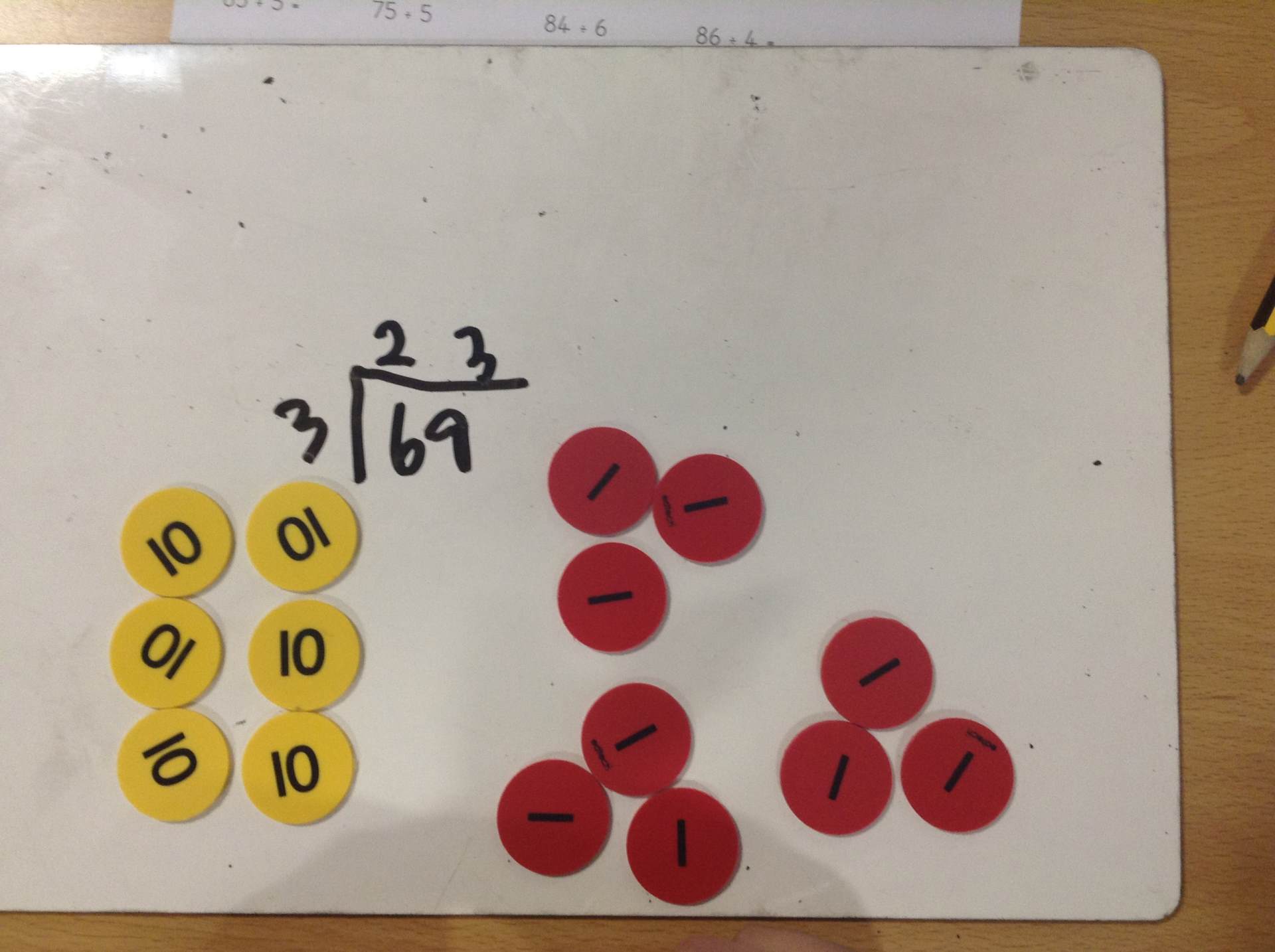 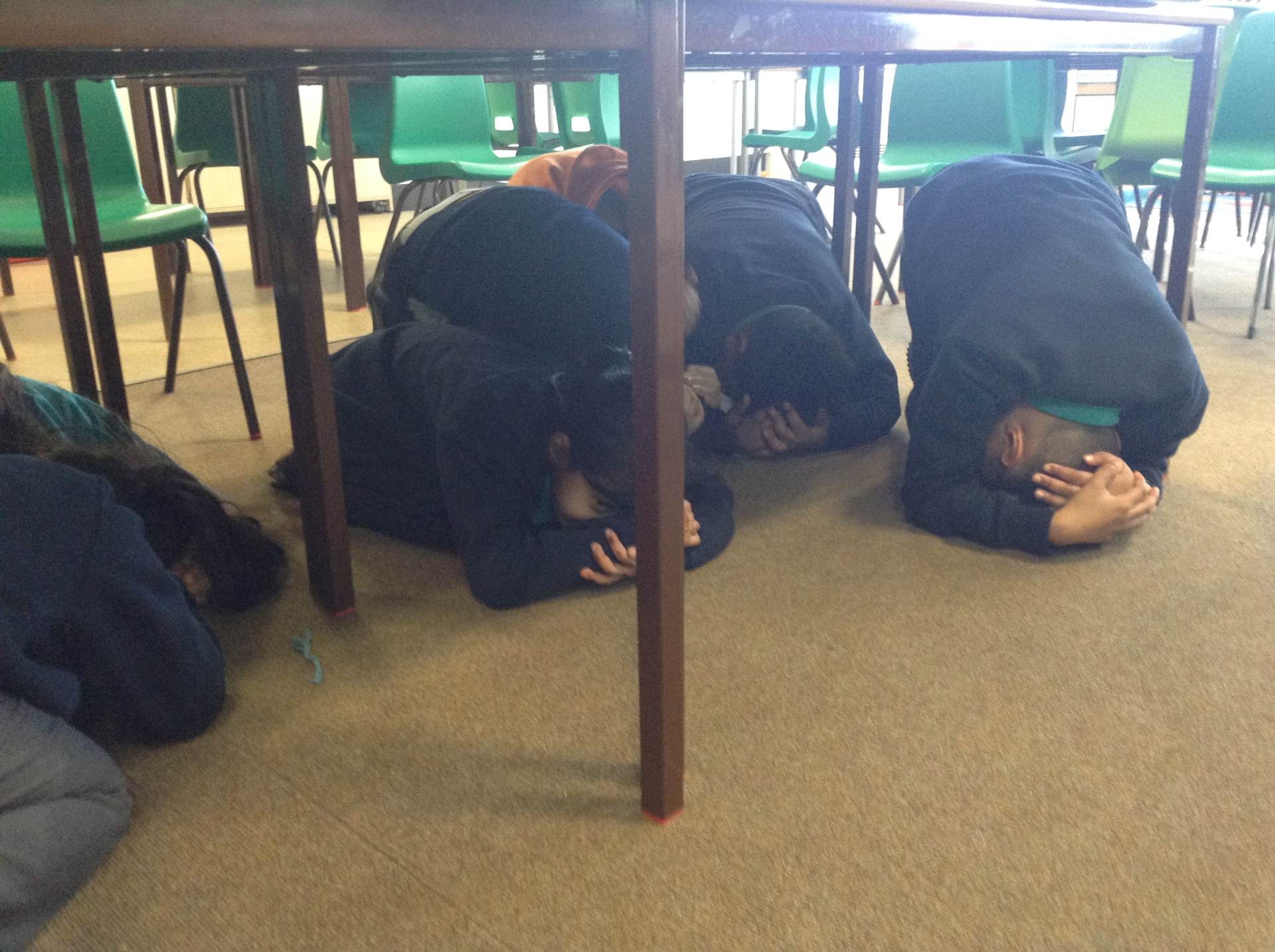 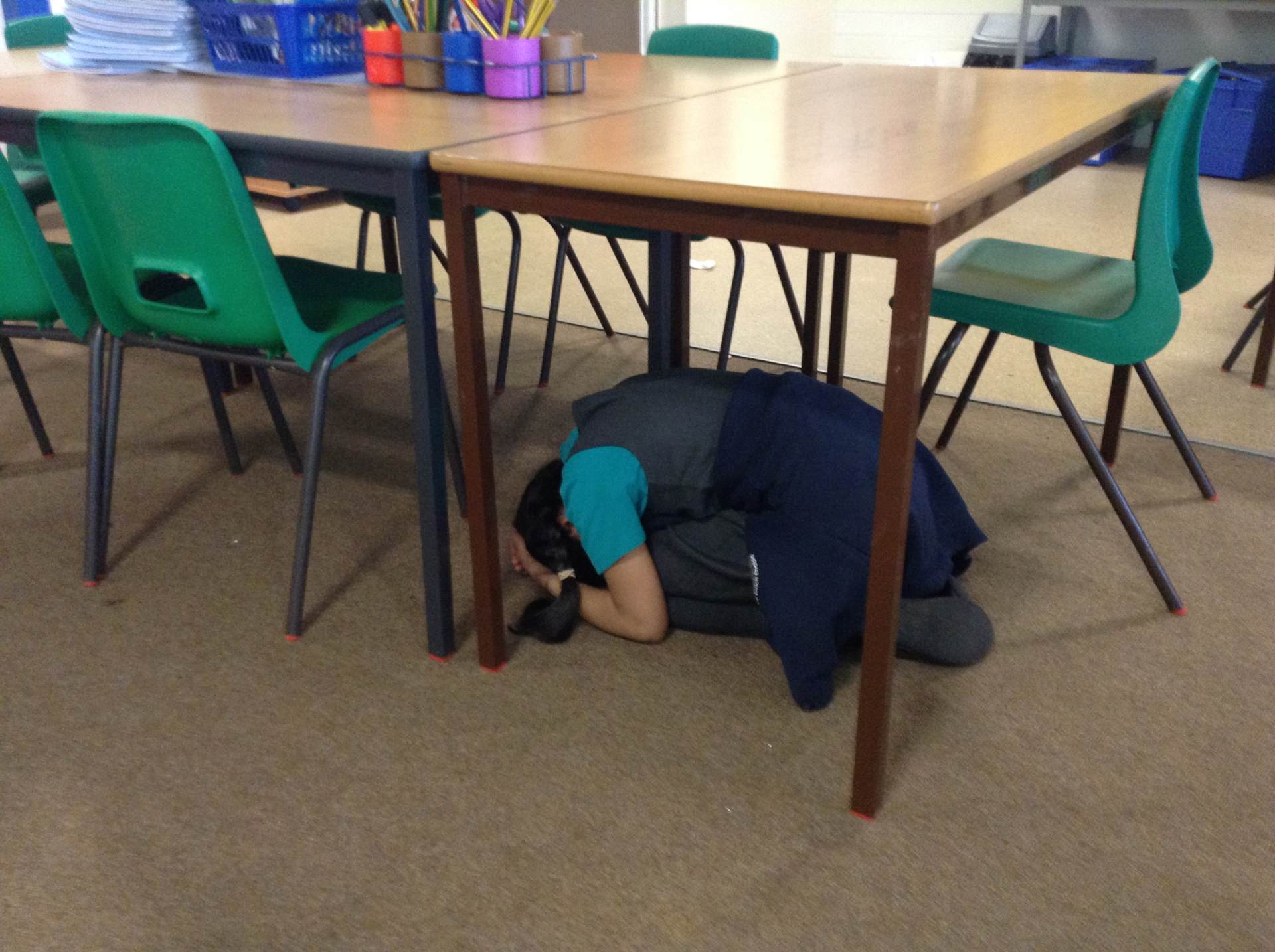 Challenge -  You are engineers and you must build a tower that can survive the longest during an earthquake.

We had to work in groups of threes or fours and use the learning powers ‘effective participator’ and ‘team worker’. We were given ten minutes to plan and thirty minutes to make the tower. 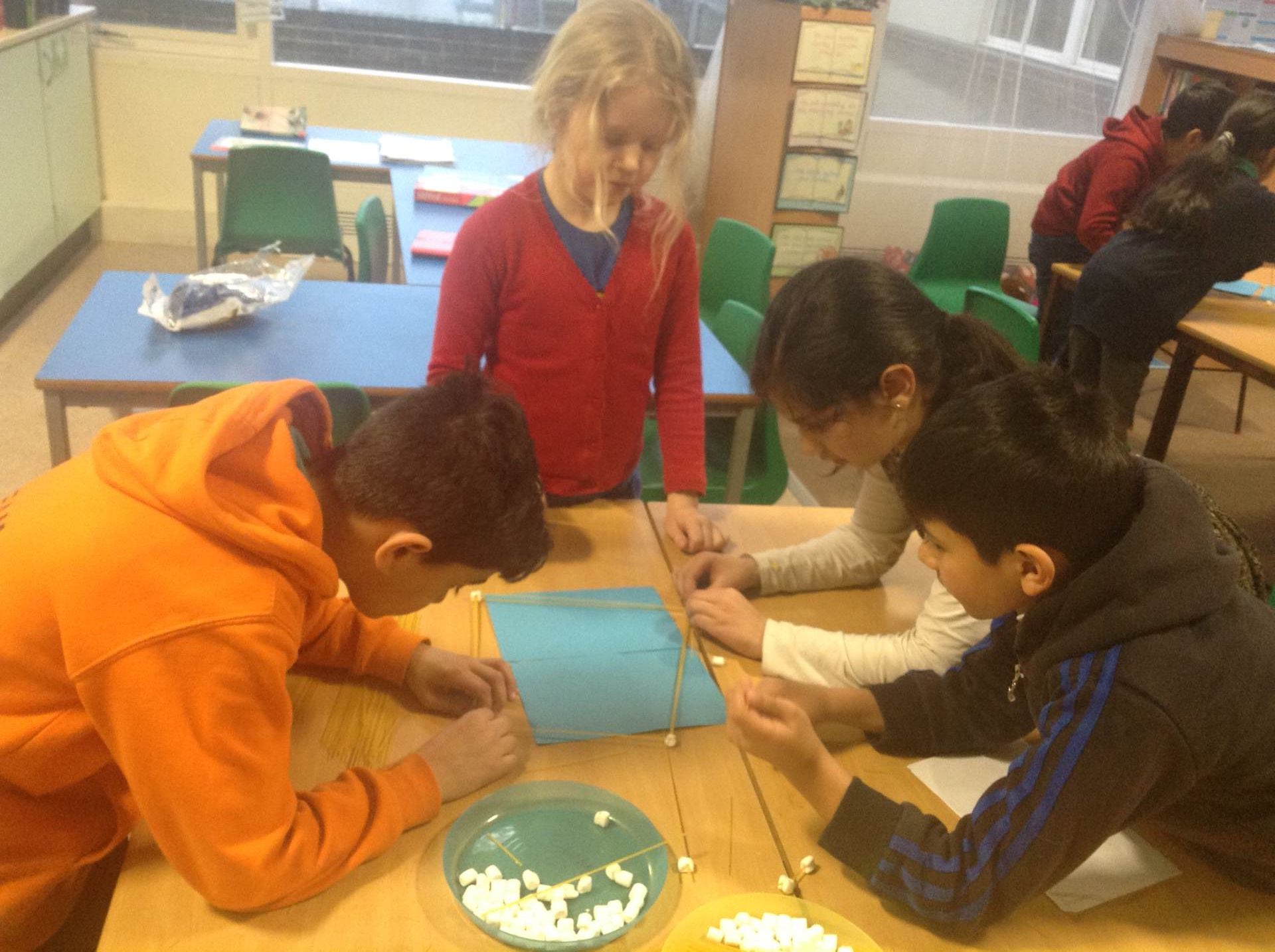 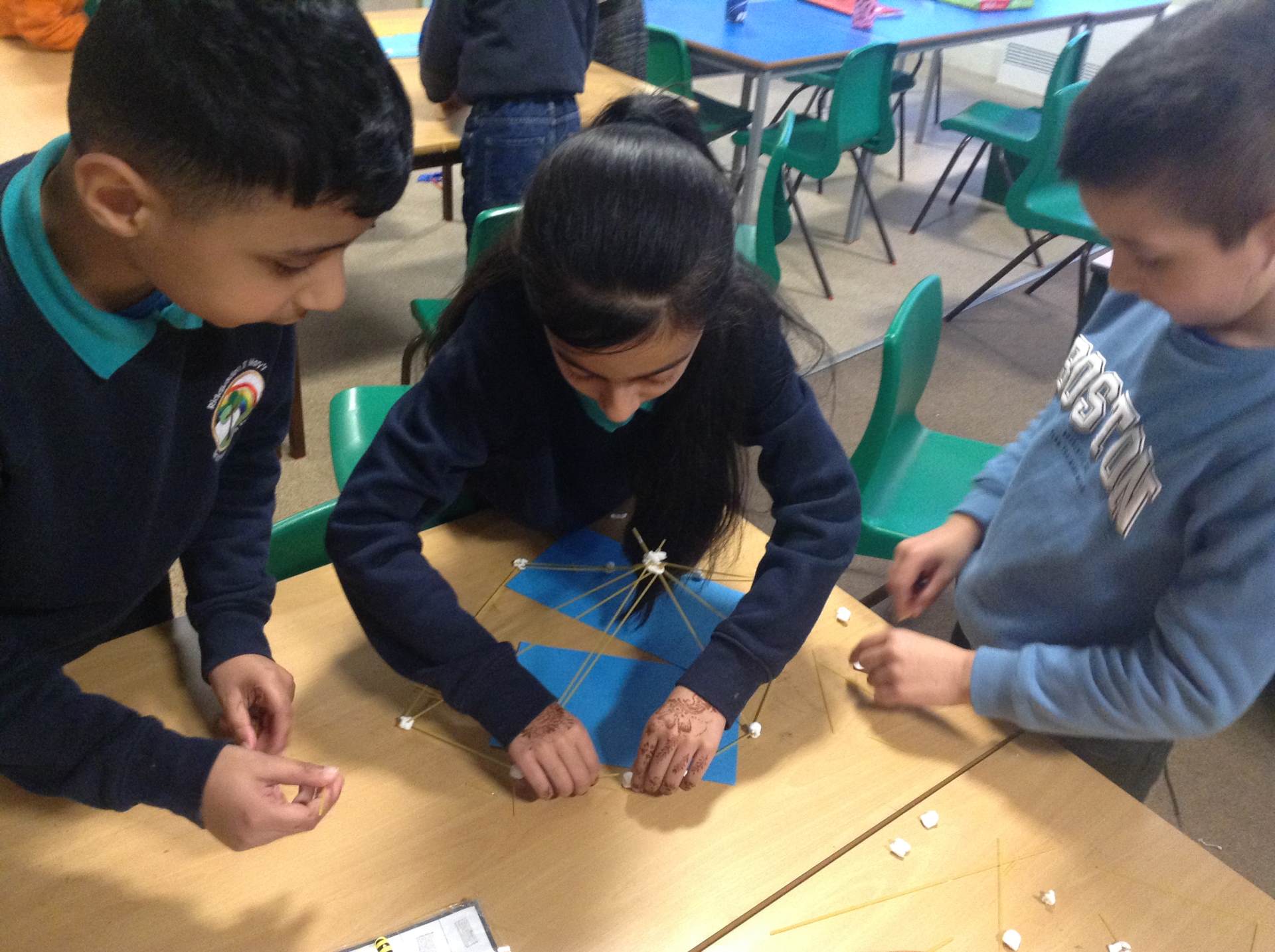 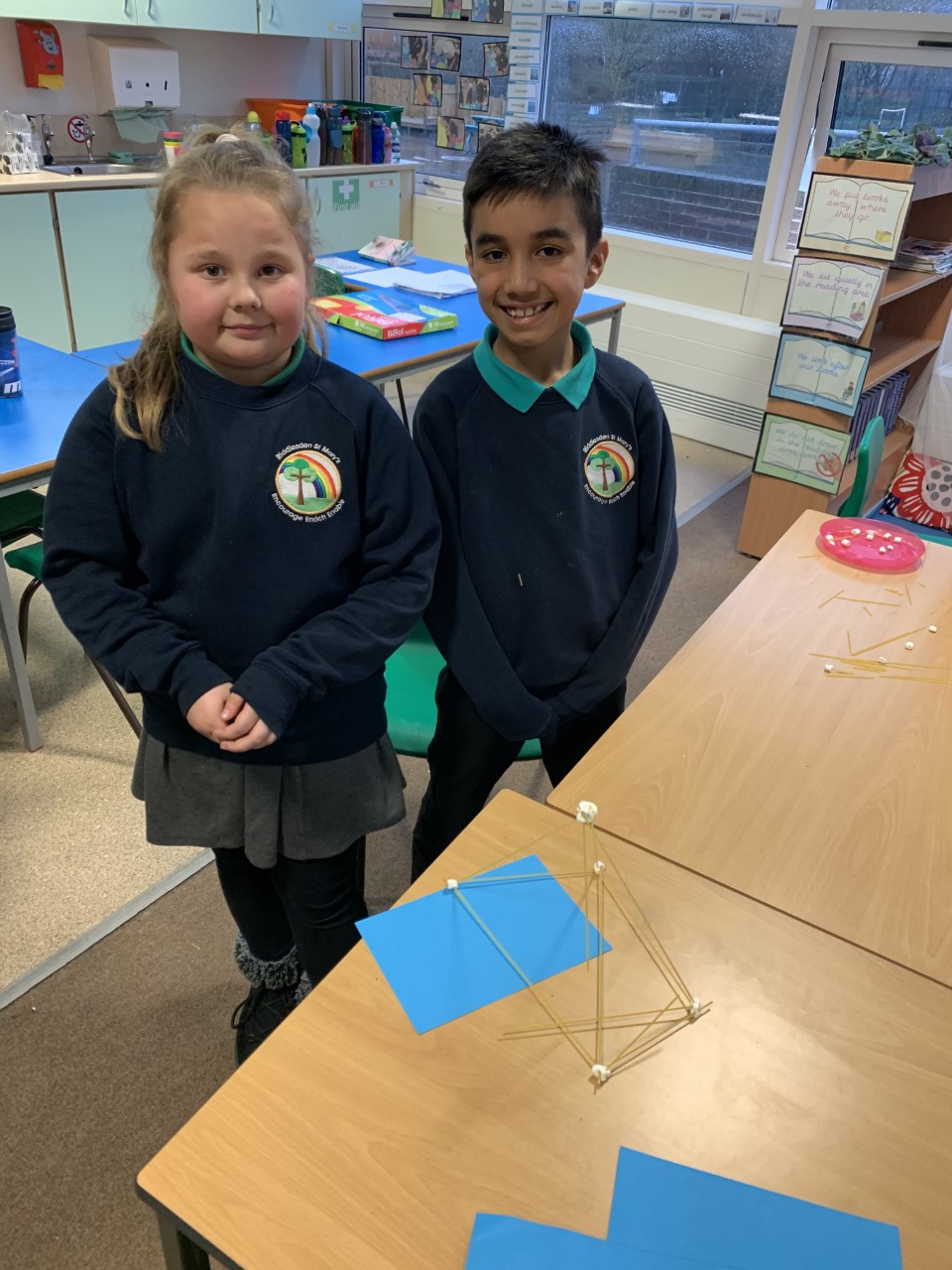 The structure above stayed on the table for a total of 25 seconds!

"We worked as team and thought about how we could make sure it stood up for a long time. It took us 5 times to build our tower because it kept breaking."

Activity 1 - We watched ‘Blue Planet 2: Mountains’ to introduce ourselves to the topic for this half term.  We made notes about the following:

Activity 2 - We worked in pairs to use our atlases by using the index in order to search for countries where mountains were located around the world. 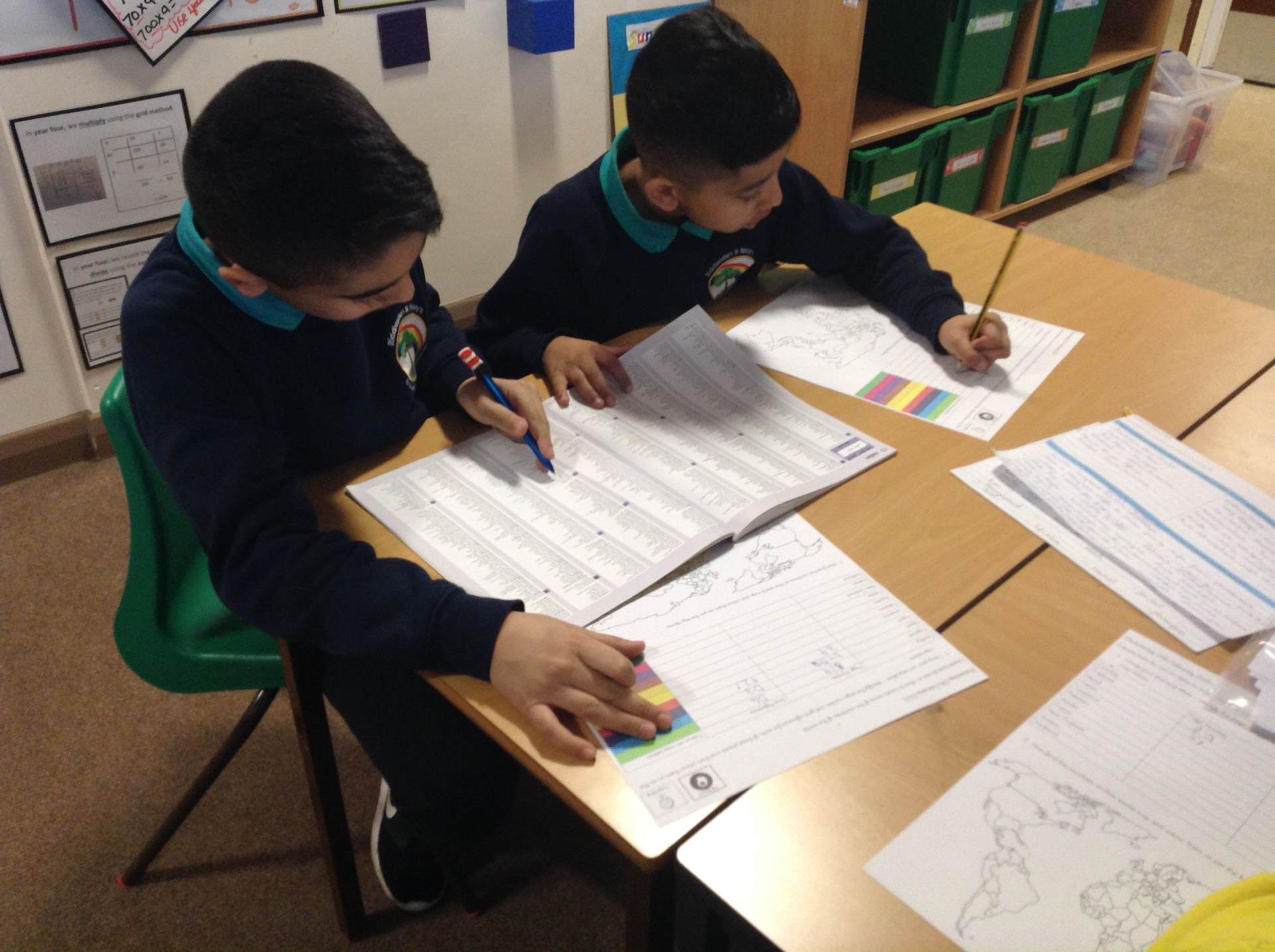 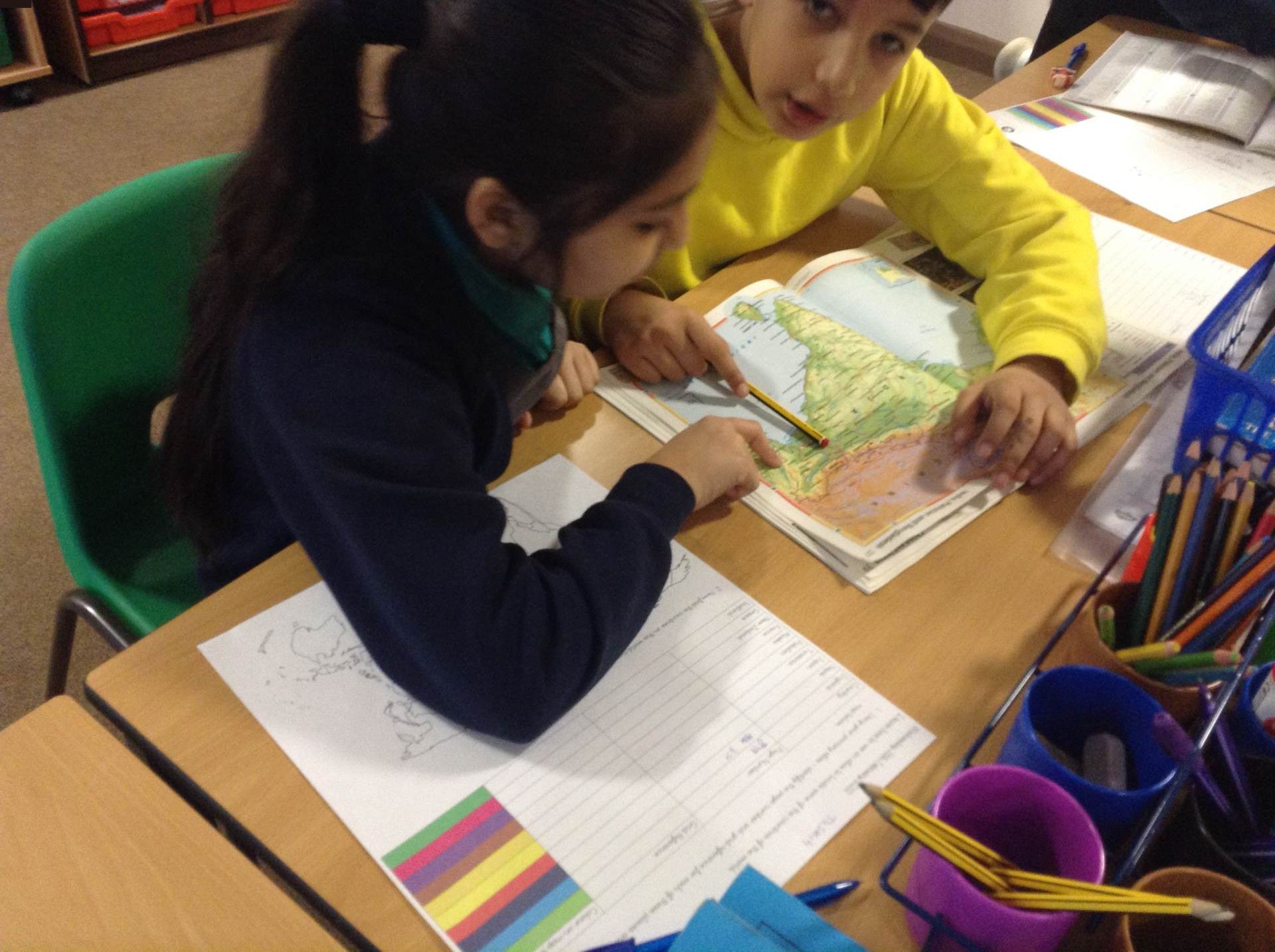 Activity 3 - We were each given a balloon and some images of the continents. Using the globes around the classroom, we drew the equator first, glued the continents and labelled them. We then used a pen to label the oceans. Our globes will be hung up in the classroom. 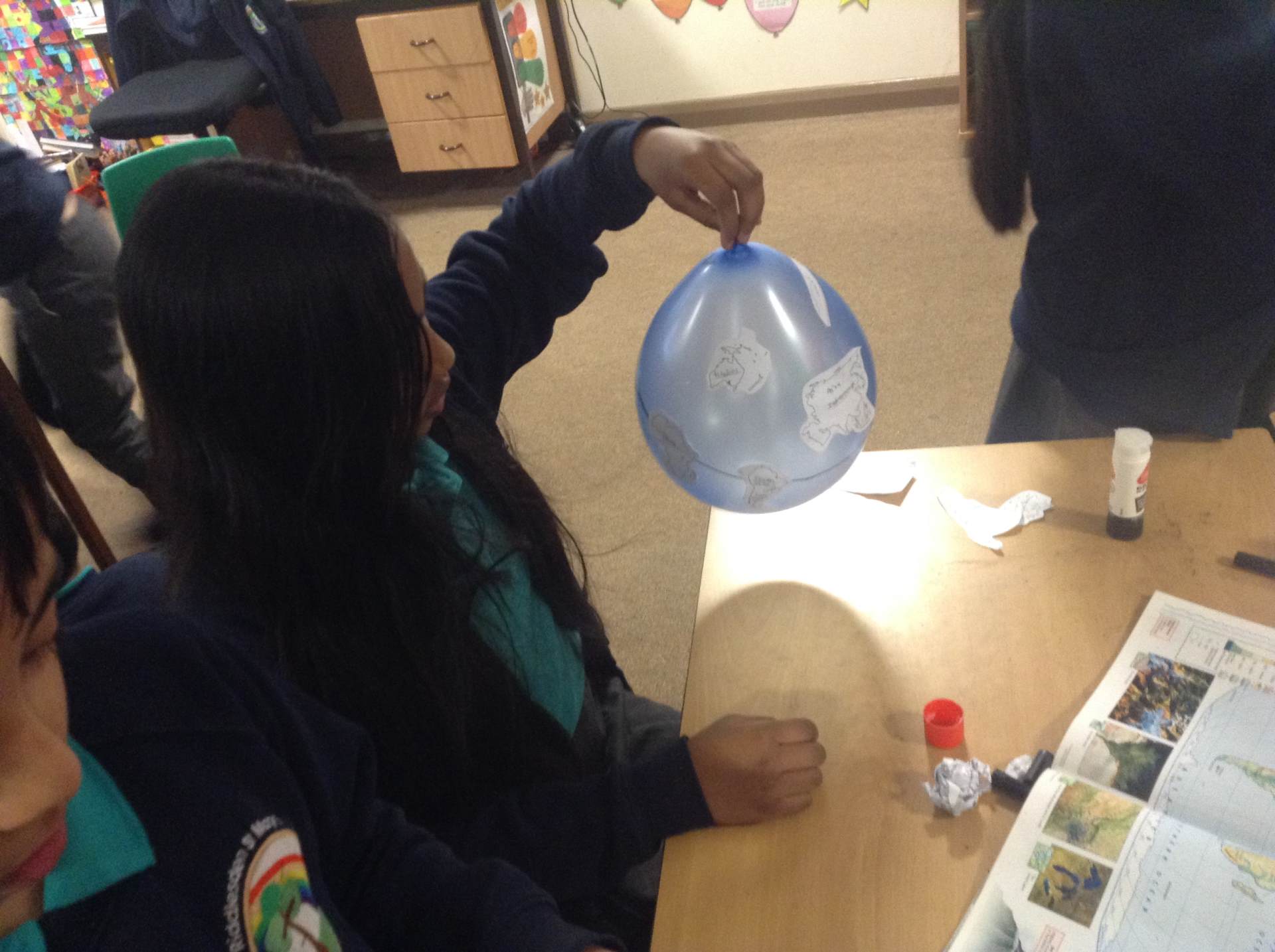 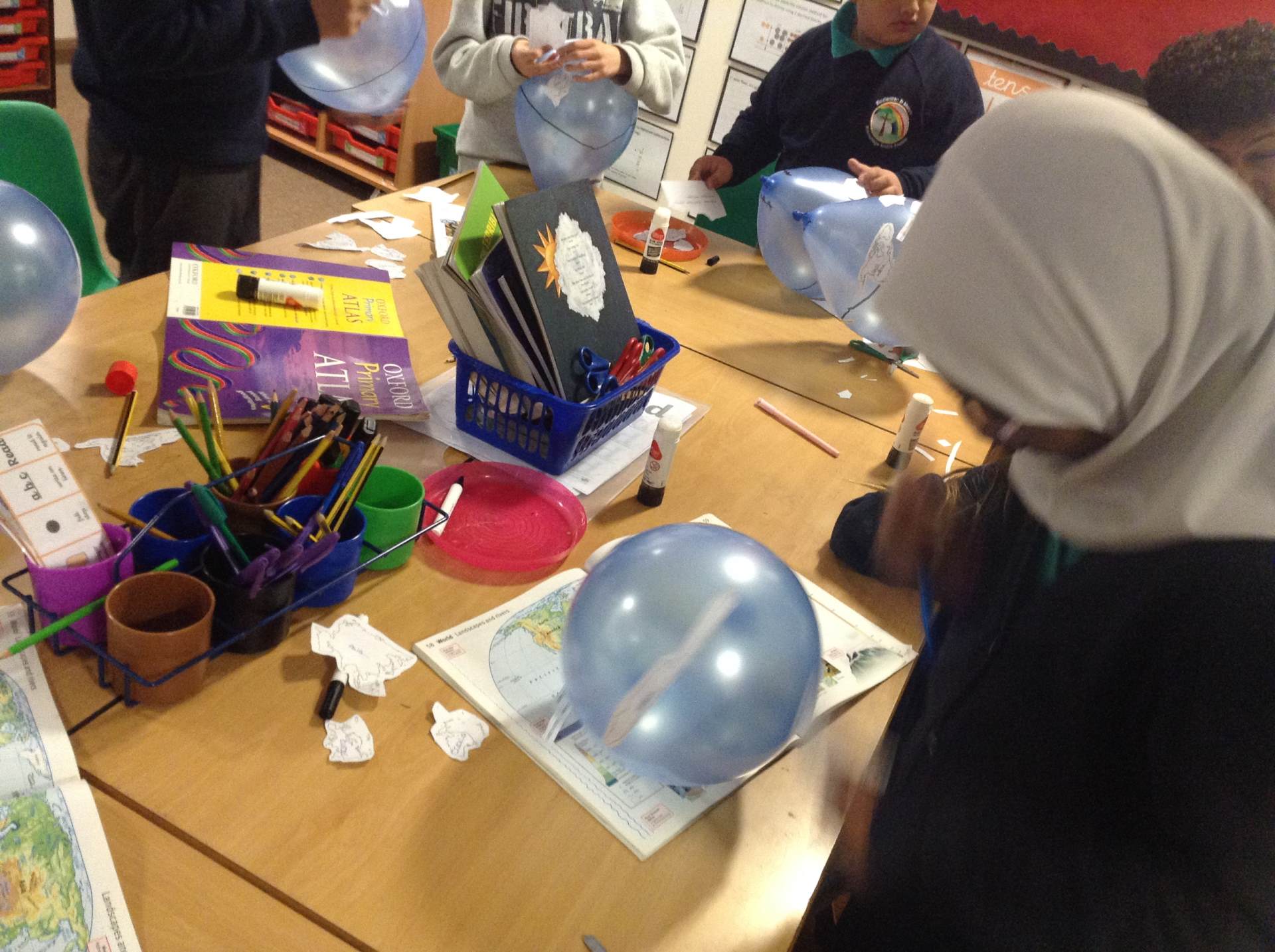 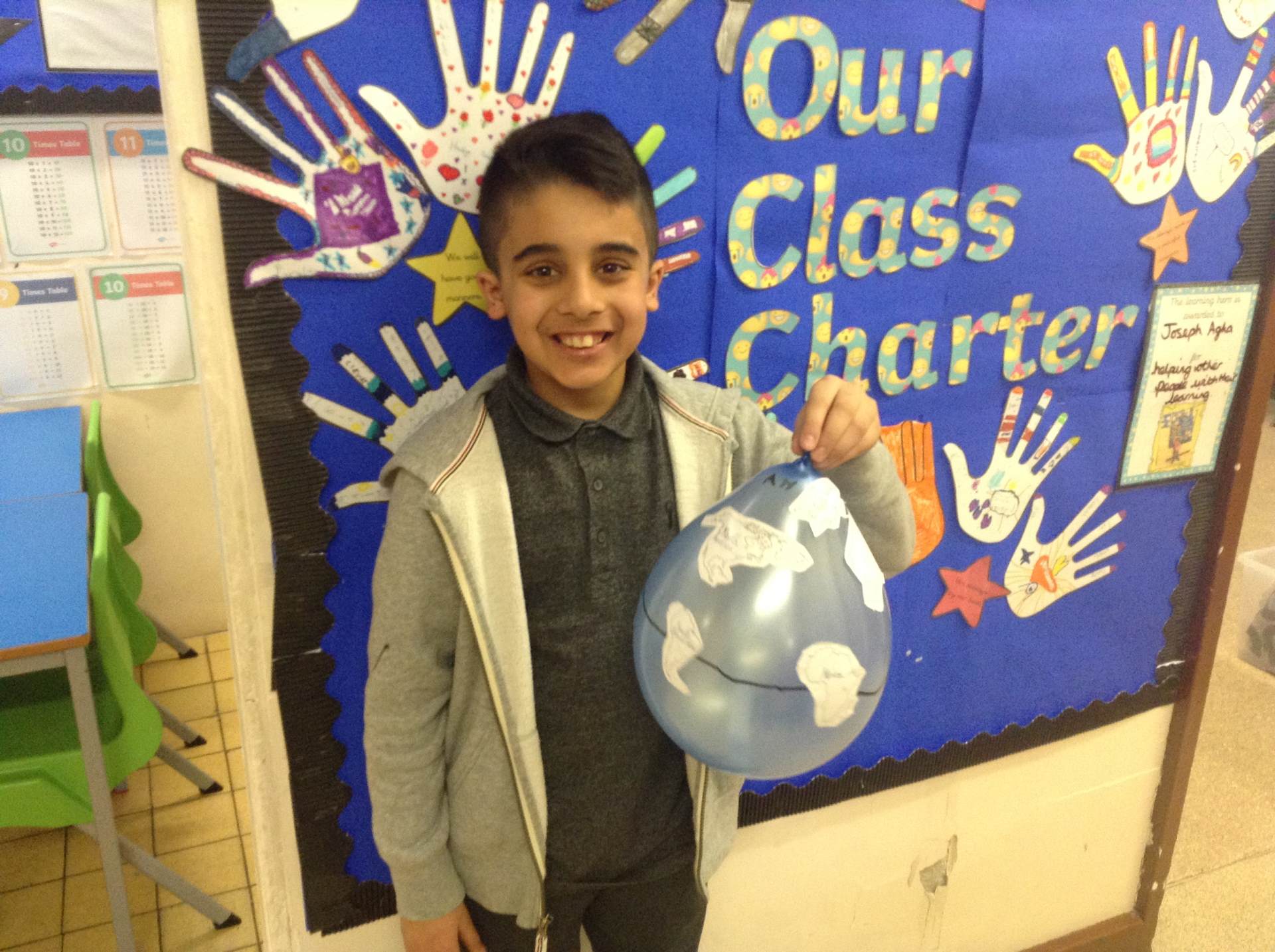 Our text for this half term is called 'The Rhythm of the Rain'. It is a wonderful story about a boy who pours his jar of water into the stream and follows its journey. The story's theme is based around the explanation of the water cycle, therefore links with our topic 'The Water Cycle', Year 4 Science unit 'States of Matter' and Year 3 Science unit 'Plants'.

Throughout the half term we will be looking at:

We will use all of these skills together, alongside what we know of the book, to produce our very own adventure story!

Art - linked to our text 'The Rhythm of the Rain'.

We were given a variety of images which were taken from the book ‘The Rhythm of the Rain’. Grahame-Baker Smith, the illustrator, produced the beautiful images in the story. We experimented with the styles he used and used watercolours to recreate his illustrations. 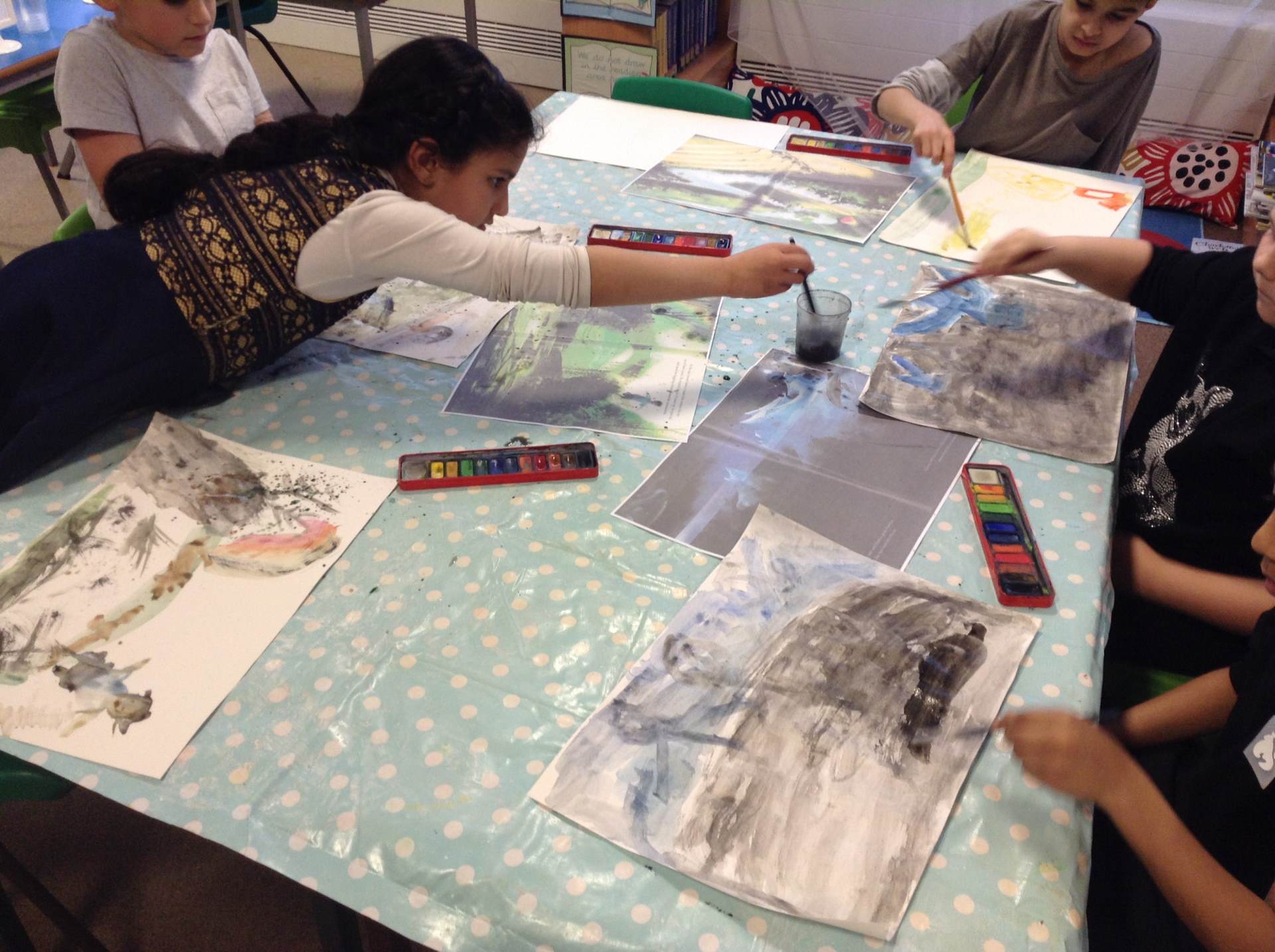 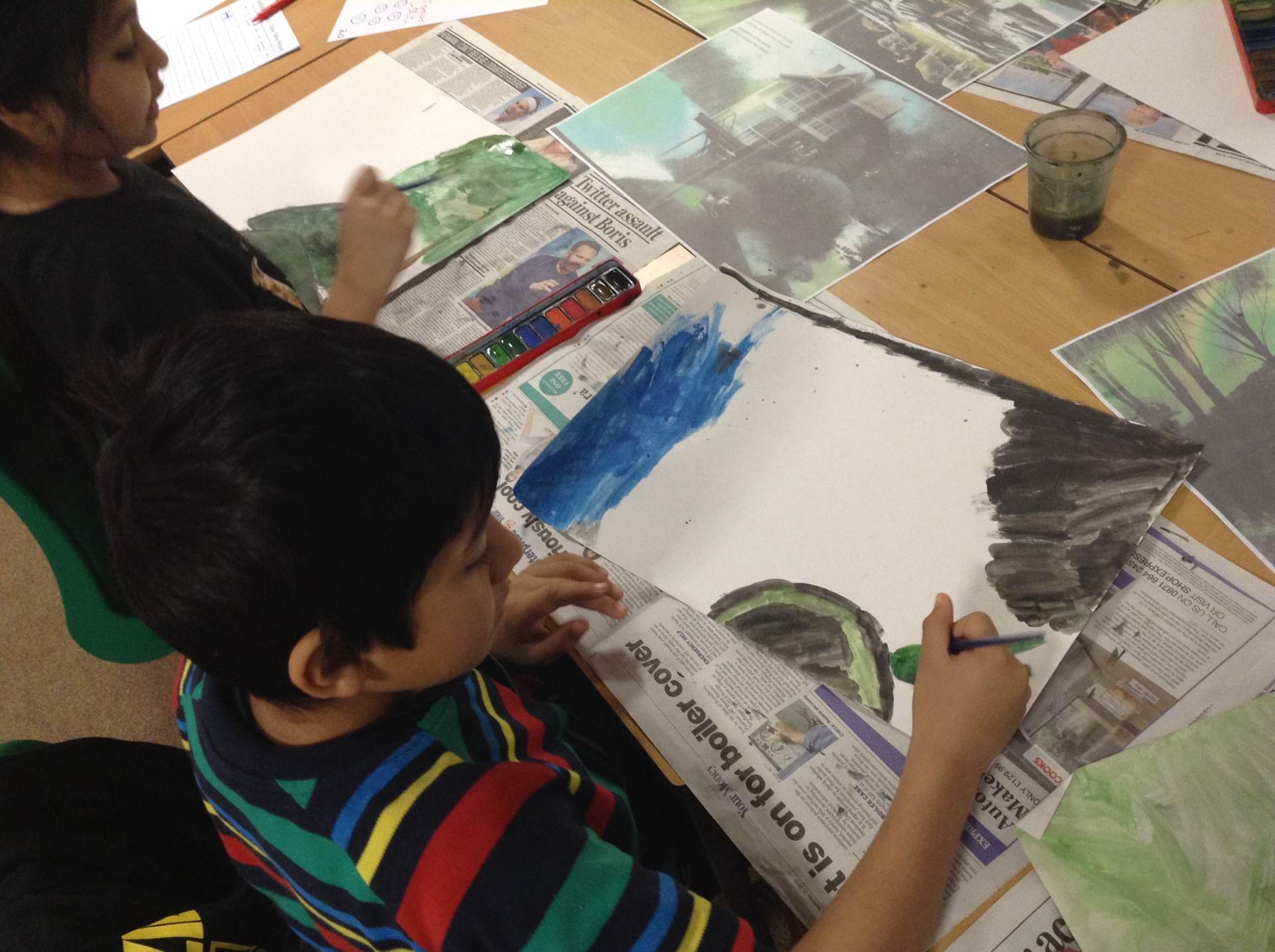 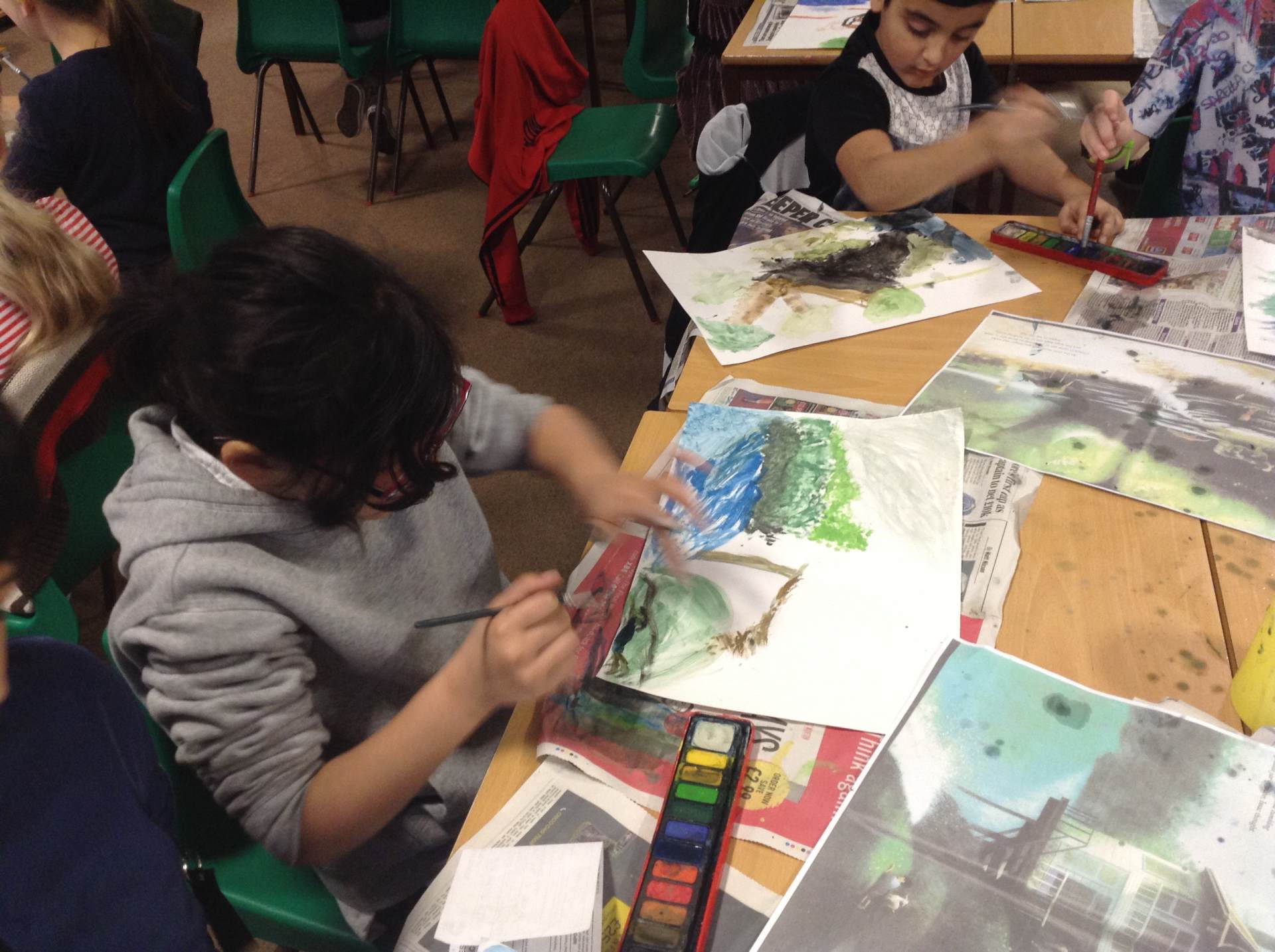 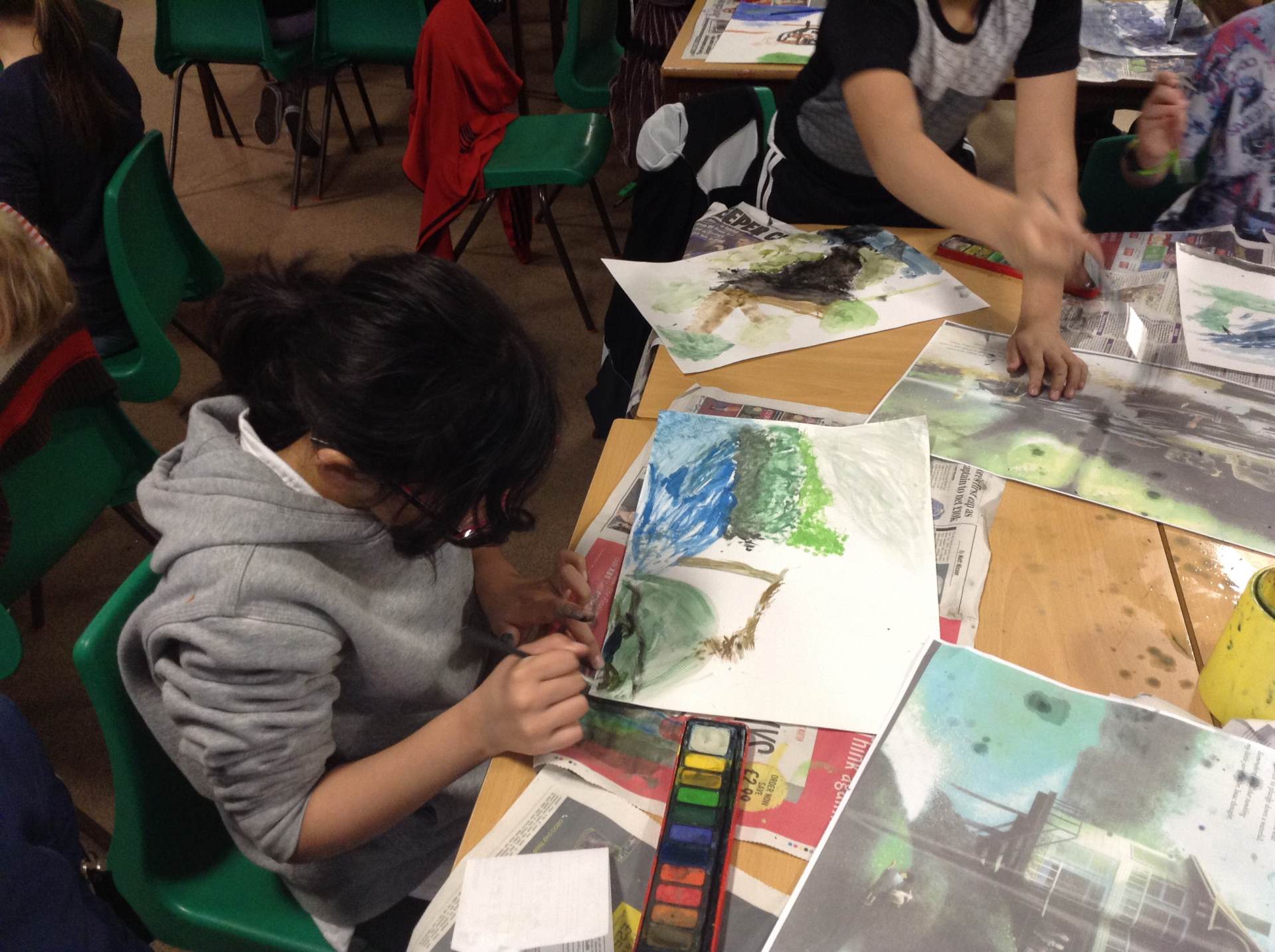 In Maths this half term, we are focussing on multiplication and division. Throughout the half term, the children in Year 3 will learn how to:

The children in Year 4 will learn how to:

The children in Year 3 will learn how to:

In science this half term we will be focusing on 'Plants'. So far, we launched our unit with a visit from Joel (our gardener). He told us all about the different parts of plants and what they do. We learnt that there are six parts to a plant; roots, stems, leaves, flowers, fruit, seeds.

Roots – They are like miners. They suck up water and minerals to help the plant grow.

Stems – They are like motorways. They carry water from the roots and food from the leaves and deliver it to other parts of the plant.

Leaves – They are like a chef in a kitchen. They make food from the plants by mixing water, carbon dioxide and sunlight.

Fruit – Protects the seed and helps with seed dispersal.

After, we went outside to explore what some plants look like in winter we looked at the trees and talked about how they will grow as the season changes. Finally, we went back into the classroom, we did a carousel of activities including drawing and labelling a plant, creating our own seed packets and a plant crossword 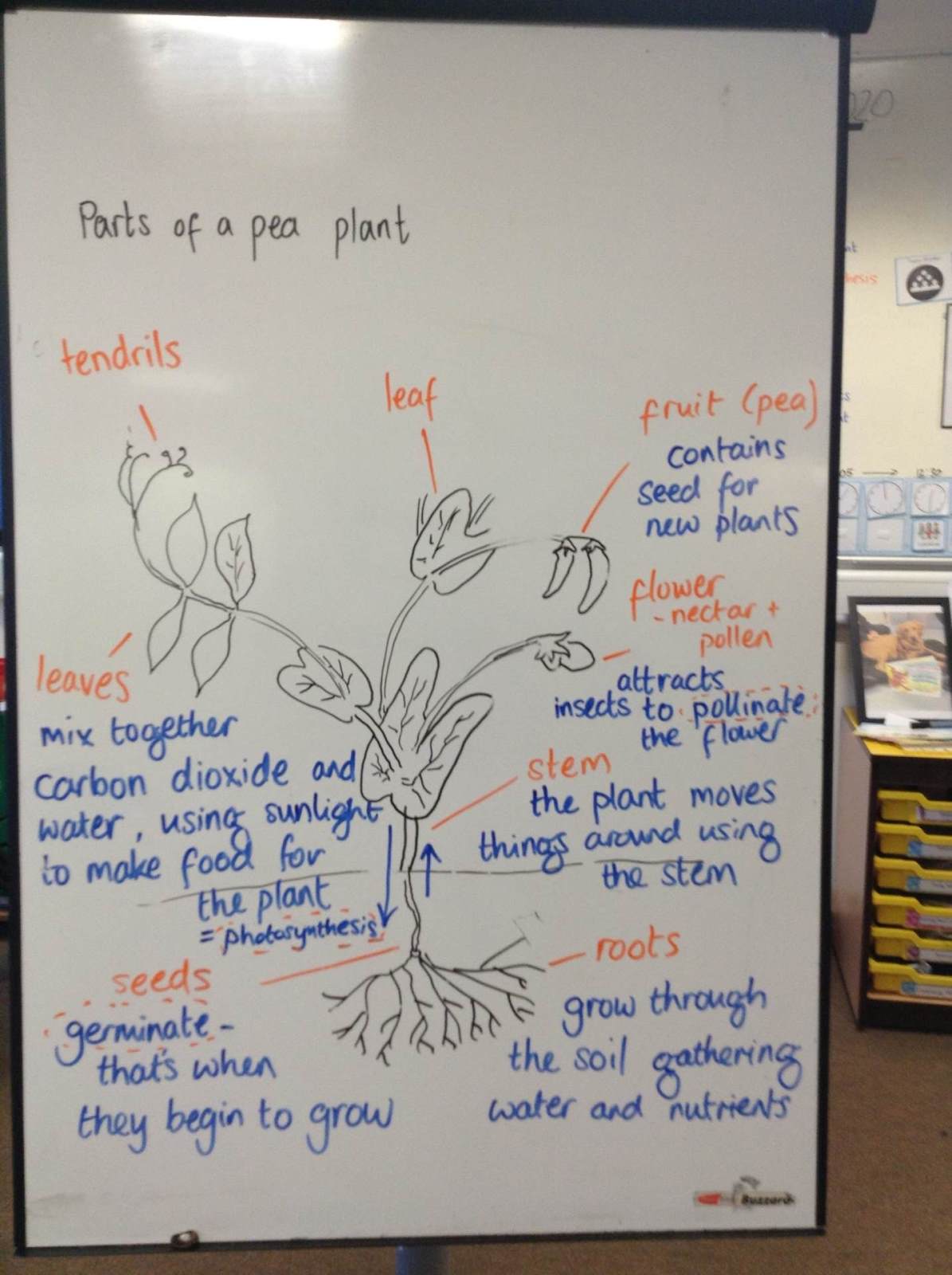 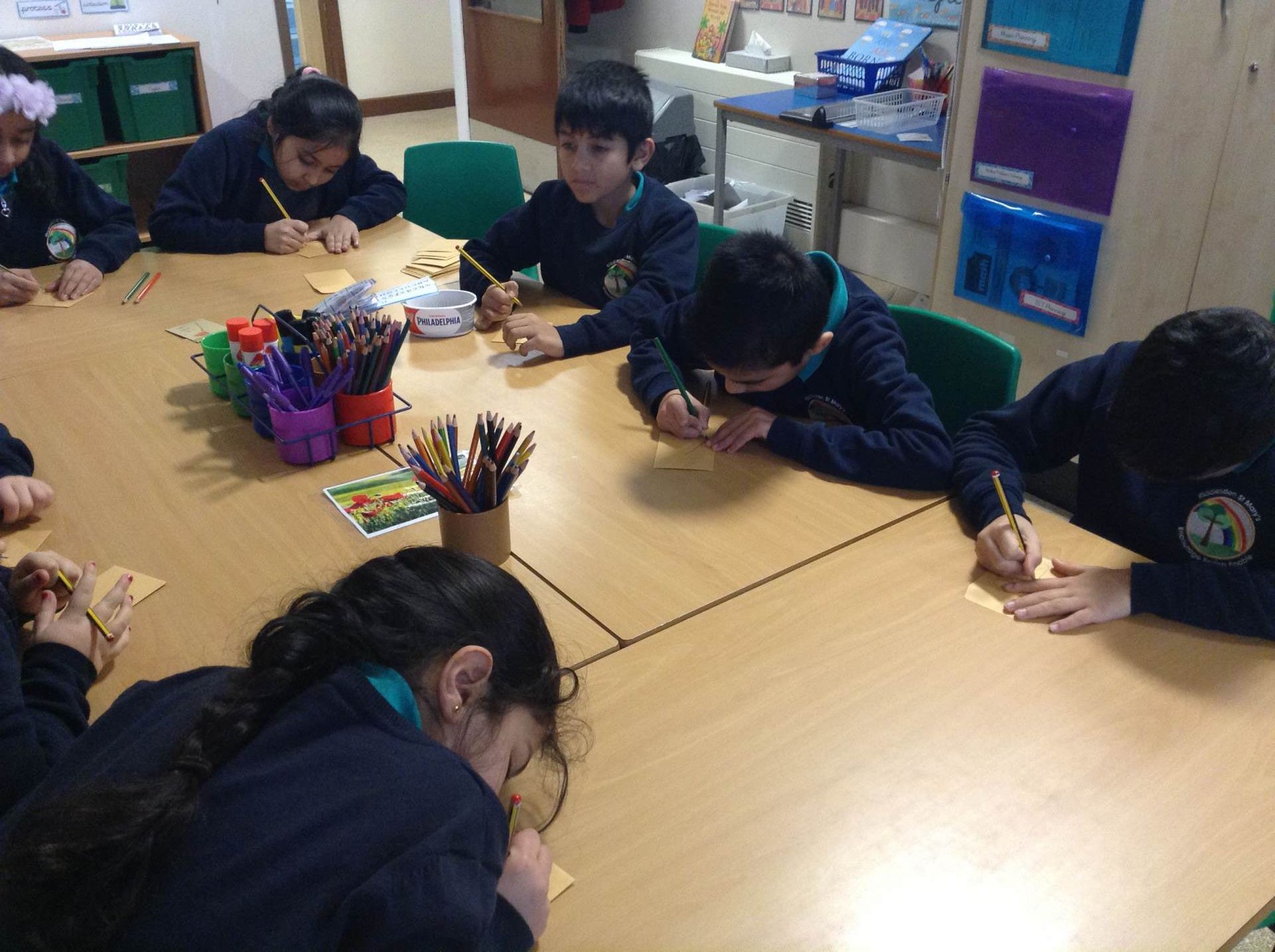 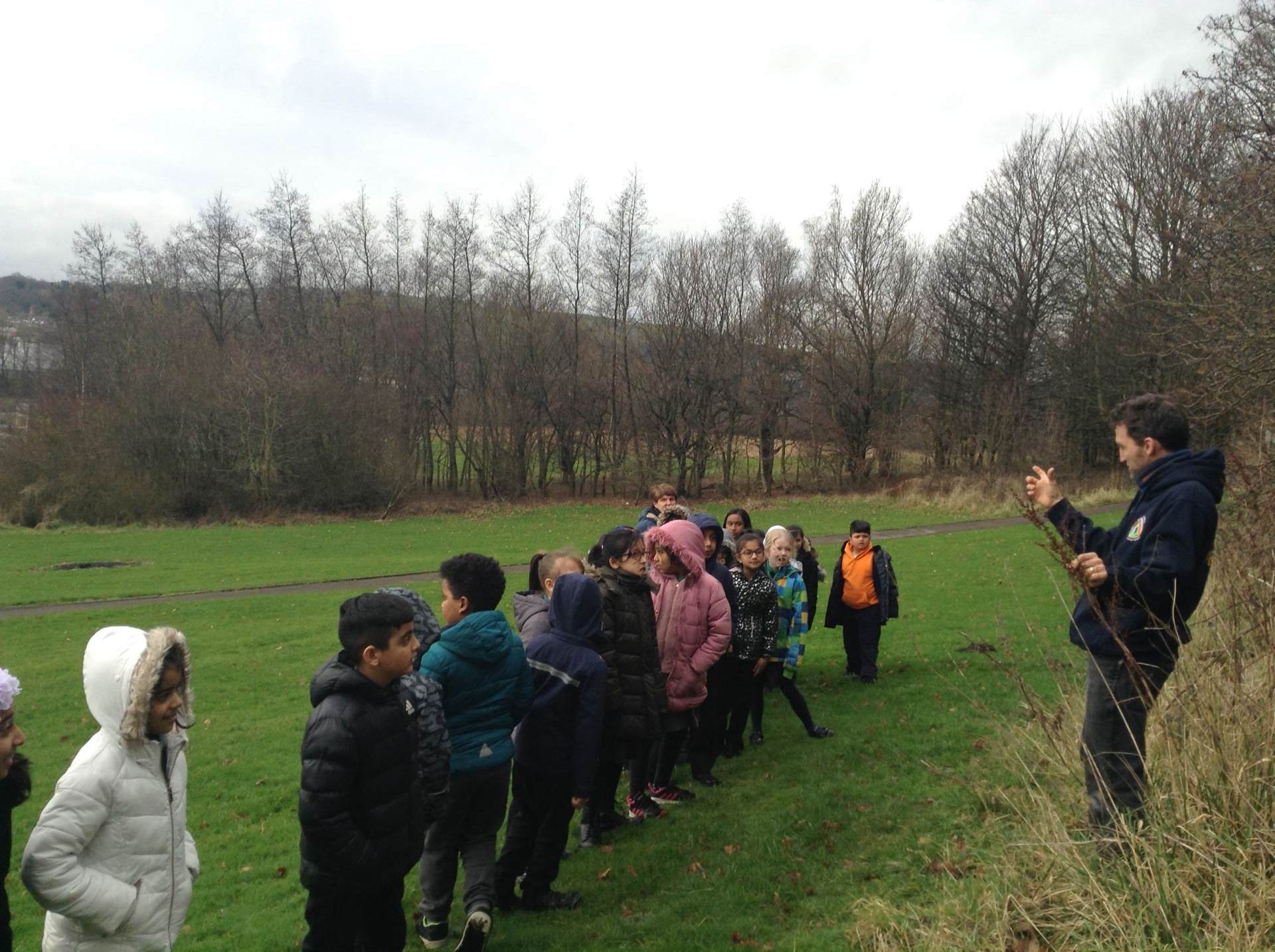 In Science this half term, we will be focussing on 'states of matter'. We will be looking at what happens to different materials when they are heated and cooled, and discussing what happens to the atoms/molecules as this happens.

We started our science topic by learning about solids, liquids and gases. We were then tasked with sorting a variety of different materials into these three categories based on our new knowledge.  Once we sorted these into the three states of matter, we found that some materials/objects surprised us.

In geography this half term, our topic is all about water, with a specific focus on the water cycle. We will be learning about:

We will also be writing a story pretending to be a rain drop, travelling around the water cycle!

As our topic is water, we will learn the names of the surrounding seas in the UK as well as the oceans which surround the continents. This allows us to apply our knowledge from previous learning.  At the beginning of the lesson,  we suggested that a tsunami links with water and so we will look at the aftermath of a tsunami and what can cause it. This will lead into our learning about the key aspects of earthquakes.

This half term, our values question is ' Do you have to be strong to be courageous?'. Within the values lessons, we discussed the question and offered our thoughts and opinions. We listened to the story of David and Goliath and discussed the theme of the Bible story. After, we worked as a class and created a presentation, centered around the question, for our class's collective worship. 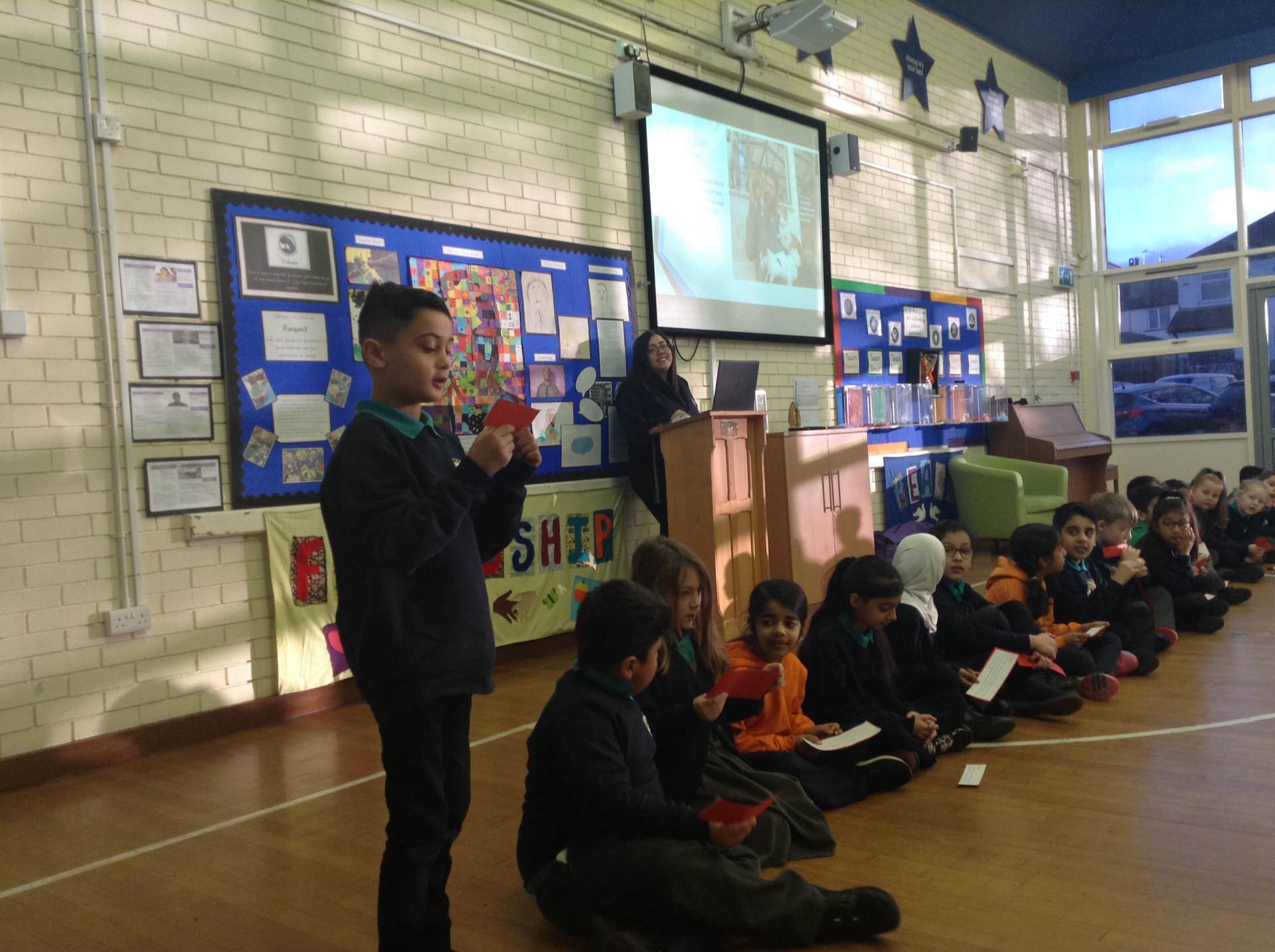 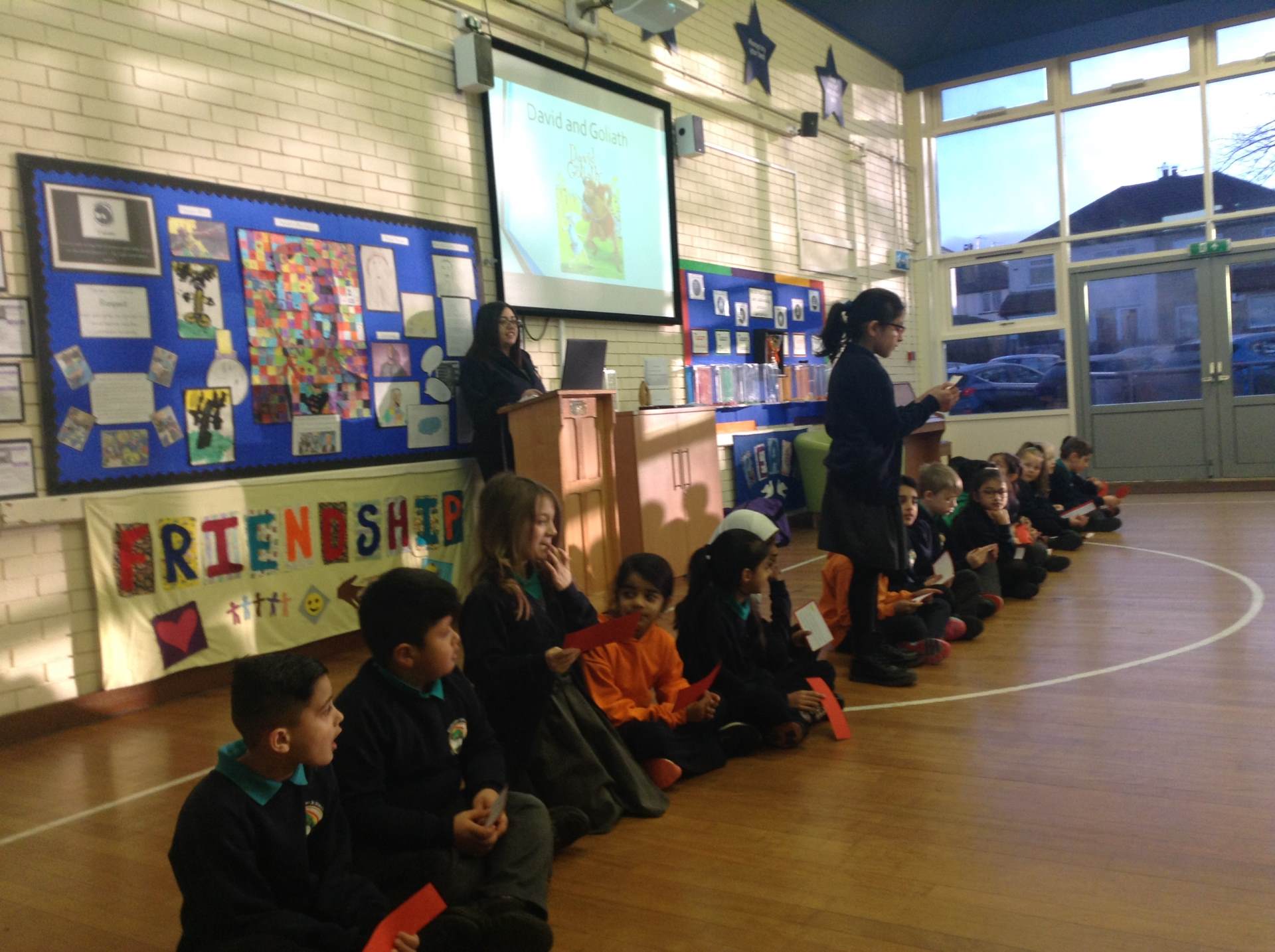 We showed courage by presenting to the whole of Key Stage Two.